A Heart for AWANA Discipleship 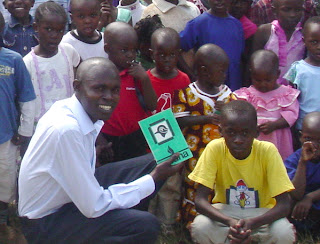 David has a love for discipleship and helping little ones know more about Jesus. At his church in Kisumu, Kenya he was the chairman over two AWANA Clubs with approximately 300 children. In 2009 the national AWANA competition was in Mombasa town. David said "we were rated second best nationwide. We hope for better as the Lord helps these young ones to know Him, love Him and serve Him."

In September 2010, David began university at Uganda Christian University and shortly was made class President. Going to another country to study and making new friends with the other Rock scholars in the Rock family is a great time of further developing his leadership skills.

David loves computers and is majoring in Information Technology. He is loved by the children of both churches and was highly recommended by the church staff and elders. In 2011 David accepted the position of part time Rock Scholarship Coordinator and most recently has taken the position of The Rock Resource Manager.

As a leader both on campus, in church and in the Rock, David is passionate about changing the culture for future generations.  He has received the BOLD discipleship training and shares often one on one with fellow students how to live life as a Christian in a practical way.  Standing against corruption and deception takes courage but as David says, "we are more than conquerors with Jesus."

He is scheduled to graduate in October of 2014. 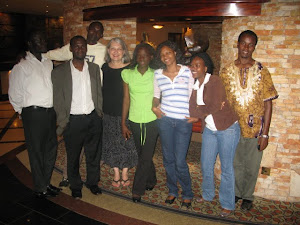